Good trauma management is a win-win for everyone 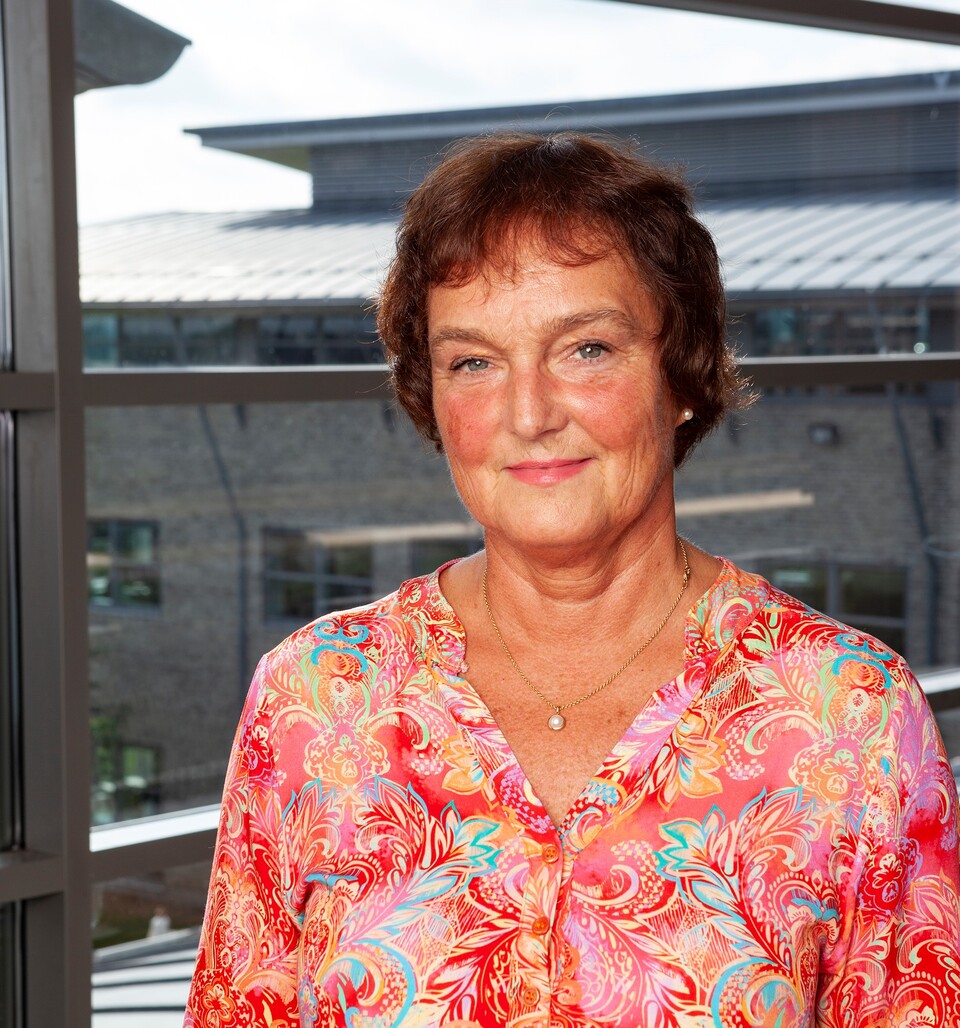 A traumatic experience as a seafarer settles in the body physically as well as mentally, and both must be addressed properly so that the injured person can get back to work, for the benefit of all parties. Benedikte Hertel from Sedgwick Denmark is ready to help UFDS members with just that.

Accidents at sea can often be serious cases with great forces involved far from medical care. For the same reason, UFDS members such as ForSea and DFDS are therefore taking great efforts to prevent incidents that can lead to injuries.

But when an accident does occur – and after all, you can never completely eliminate risks – the injured party must of course be treated in the best possible way. And after the outsourcing of, among other things, claims handling to Sedgwick Denmark, UFDS has gained even better opportunities in exactly that area.

Benedikte Hertel is a healthcare consultant at Sedgwick with a background first a as nurse and then a health visitor, followed by 10 years of further education as a psychotherapist, including three years of training in working with trauma. In addition, she has written a book about stress treatment, and in general both the public and private treatment systems know intimately.

»Either you're at sea or you're not, there's no middle ground, and that's why it's so important that they get the right treatment swiftly.« Benedikte Hertel, healthcare consultant, Sedgwick Denmark

For the past 20 years, she has worked with occupational injuries, and it is in this capacity that she can help the employees of UFDS' members. Most injured parties are thus – fortunately – in an unfamiliar situation and therefore need assistance to deal with both physical and mental challenges.

»The conditions are special for seafarers because they don’t have the option part-time sick leave or just going home from work. In that regard, I would say that UFDS is really good at getting people to land and consulted by a doctor. Then comes the question of getting the right treatment, and I can help with that,« Benedikte Hertel says.

The inability to quickly leave the site of the accident is a psychological superstructure of the injury, which she again praises the UFDS for handling well. Nevertheless, there is a subsequent challenge in keeping people on land and in treatment, instead of them going out to sea again.

»Because then they might be gone for a month or more and may have had some tasks that are not ideal after, for example, injuring their shoulder. After all, it’s easier to get people who work on land into treatment. I bring my expertise and make sure they get to the right place,« she says.

In this context, Benedikte Hertel talks to both the injured party and the therapists to follow up on the process and see if things are going in the right direction or other means are needed. She also makes sure to receive any survey results so she can evaluate them.

»You could say that I'm the coordinator of the whole process, where the overall headline is 'Help to self-help'. I do not take over the case, but if there is a need to call the doctor or the job center, I have a close collaboration with Luise Hougaard, who is a social worker at UFDS,« she explains.

Severe accident doesn’t have to become a trauma

The parallel handling of both the physical and the psychological part of a trauma is essential in Benedikte Hertel's work since a trauma settles in the body on both fronts. In other words, it is not enough to only talk to a psychologist about the experience without taking the physical dimension into account.

»The trauma sits physically in the nervous system, and when talking about something difficult, the body simply shuts down, and then the therapy doesn't work. You put a lid on things, but as soon as the person experience something similar, it all pops up again, and we see that sometimes,« she says.

To this end, there are some methods to dissolve the trauma, Benedikte Hertel continues. A trauma is thus defined by something happening too fast and/or violent for the body to react. The body has an impulse in the form of our fight-flight system, and if that impulse is not allowed to come into play, then the nervous system becomes paralyzed.

»The trauma sits physically in the nervous system, and when talking about something difficult, the body simply shuts down, and then the therapy doesn't work.«

»That's what's traumatic and what makes turns violent event into a trauma, because that doesn't have to be the case. This feeling of powerlessness is activated if you experience something similar, causing the body to get frightened because its experience is that you can't do anything,« she says.

As an example of how you should work with a trauma, she cites a not particularly politically correct experiment involving a dog which is placed on a platform being subjected to a low-level current. This activated the dog's fight-flight, causing it to jump off.

In the second part of the experiment, a fence was put up around the platform so that the dog had to stay seated, where it then learned to tolerate the situation because it had no choice but to wait for it to pass, enduring the pain.

»That's the definition of a traumatic experience, because when you remove the fence and plug the platform back in, the dog still stays put, because its library of experiences now tells it that it can't do anything except wait for it to pass,« says Hertel.

Trauma therapy in this case is therefore about re-awakening the natural survival instinct in the dog so that it (re)learns that it can jump off. Thus, it is no longer paralyzed and the violent experience therefore does not settle in the nervous system in the same way.

Work retention as the overarching objective

As mentioned, Benedikte Hertel's work takes place with the seafarers after they have come ashore and are in treatment, and thus with both the physical and psychological aspects of the trauma. The latter in particular is a bit of a sore point, because the employee may think that he or she is ready, but without a maritime card the person cannot get back to sea.

»This can quickly turn into extensive sick leave, because, as we have mentioned, you cannot return part-time. Either you're at sea or you're not, there's no middle ground, and that's why it's so important that they get the right treatment swiftly,« she says.

In addition, a social worker like Luise Hougaard should be assigned to the case as early as possible, Benedikte Hertel says. They both have work retention as their overall goal, but each with their own approach, which the UFDS is getting to know better.

»It's going well, and it's a process where I'm being utilized more and more, and it's been relevant that I've been involved. Those who are handling claims are also becoming more and more adept at being aware of the special conditions surrounding seafarers, not least on the psychological part, because employment at sea very much is a lifestyle,« Benedikte Hertel says.

»The injured parties I have spoken to have been very pleased that I have been consulted, and it is a win-win because they get some guidance to move on, and the shipping company gets their employees back faster. And then there will also be fewer compensations because people return to work,« she adds.